If you’ve lived in San Francisco very long, you’re used to small earthquakes. Some of the Bay Area’s largest seismic events include the 1989 “World Series” quake and the 1906 San Francisco Earthquake that also caused significant damage in Oakland, Los Gatos, Santa Cruz and Watsonville. Because there are still older homes in San Francisco that weren’t built to withstand larger quakes, a “seismic upgrade” is sometimes needed to shore them up. If you’ve got an earthquake retrofitting project planned, here’s how to remove the resulting junk.

An earthquake retrofitting project can be performed by a special contractor and may include several steps. For starters, foundation bolts are inserted through the structure’s wood mudsill into the foundation. Some homes also have a short, wood-framed wall, or “cripple wall”, in the crawl space. Since a cripple wall tends to collapse first during a strong tremor, a cripple wall bracing must be done.

Hold down brackets might be installed, along with extra framing materials for added support. Some homes with attached garages sometimes need a soft story retrofit if an extra bedroom was built over a wall area that’s susceptible to lateral movement during earthquakes. 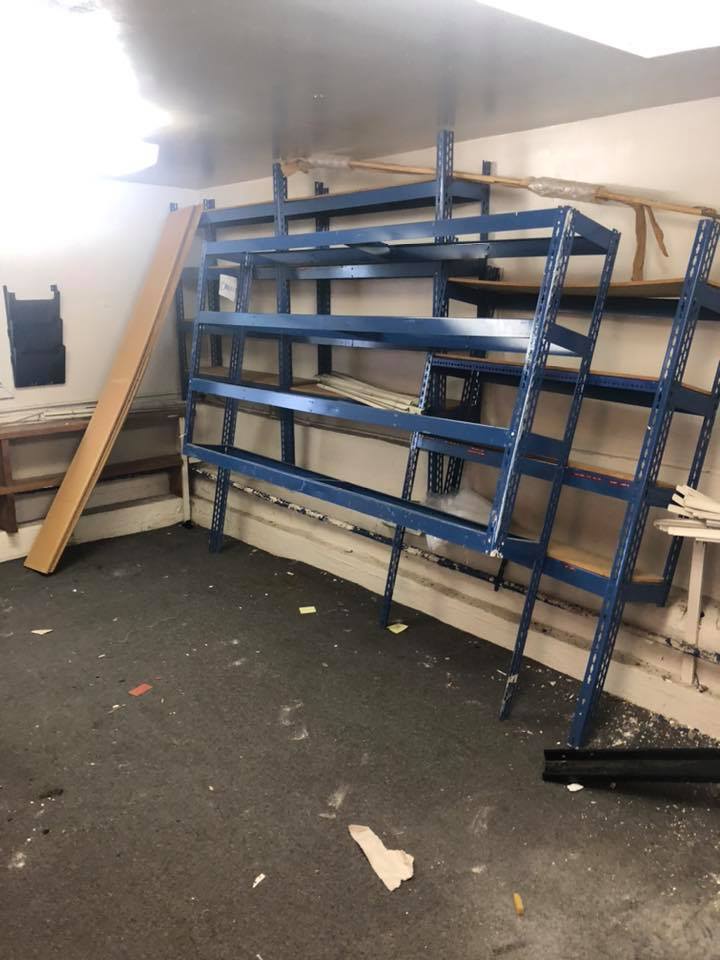 How to Prepare Your San Francisco Home

Depending upon what’s required at your home, the workers will need to gain access to areas like the basement, walls, closets, outside foundation and attic. To prepare, you will have to move a lot of stuff out of the way, which also makes it an ideal time to dispose of unwanted items.

While cleaning out your home’s interior, along with backyard areas near the foundation, you may end up with junk like:

However, you can’t just throw out junk like e-waste or paint with the regular trash. Those items must be loaded up and hauled off to special recycling centers so they can be disposed of in an eco-friendly fashion.

Instead of tossing those old clothes, toys, books and pieces of furniture, consider donating them to a worthy Bay Area charity where they can be reused, like Community Thrift or PARCA.

Once the Seismic Earthquake Retrofitting Project is Over

Well, your earthquake retrofitting project was a huge success and your home has never been safer. But now that the construction crews are gone, your debris-filled backyard looks like a disaster! And, it’s going to take a while to sort through all that trash.

You look around and see sections of old wood and drywall that were removed during the initial tear-out phase, along with heavy chunks of concrete, carpeting, overflowing garbage cans, bricks and empty metal cans. Some of the splintered wood has rusty nails protruding from it, and you haven’t had a tetanus shot for years!

How to Remove Construction Debris

It’ll take some time and effort, but the first thing you need to do is roll up your sleeves, put on some heavy work gloves and start sorting the construction debris into separate piles. Like most homes in San Francisco, yours is situated on top of a steep hill, which means hauling the trash to the curb is going to give your back and legs quite a workout- one that your body is certainly going to let you know about it in the morning!

Next, sort the trash into piles based on these categories:

But before you start hauling the trash out to the curb, remember that California has mandatory recycling laws. These laws apply to aluminum and steel cans, glass containers, carpet, and plastic containers. So, you’ll have to go through all that debris again and sort the items into smaller piles. Then, you’ll have to place them in the respective recycling bins and haul them out to the curb on trash day.

In addition, under San Francisco’s strict Environmental Ordinances any construction-related solid waste, including bricks, concrete, drywall, and carpeting can only be hauled to specified reuse/recycling centers. This construction debris removal project has already made you exhausted just thinking about it! There’s got to be a better way.

Call the Junk Clean Up & Removal Experts Instead!

Cleaning up after an earthquake retrofitting project is exhausting. Who’s got time to separate and haul off all the construction debris? When you need a hand, call the junk removal experts at West Coast Junk in Dublin. We’ll take care of the rest. Our residential and commercial junk cleanup, junk removal and junk hauling services include construction debris, yard waste, and household junk in accordance with all environmental laws in the San Francisco Bay Area and the state of California.

We can also haul off reusable items to designated recycling centers or donated items to the charity of your choice. So, if you need some junk removal assistance, contact the pros at West Coast Junk today by calling (510) 421-1730.

We are based in Dublin, CA and serve the greater San Francisco Bay Area, including San Jose and the Silicon Valley.